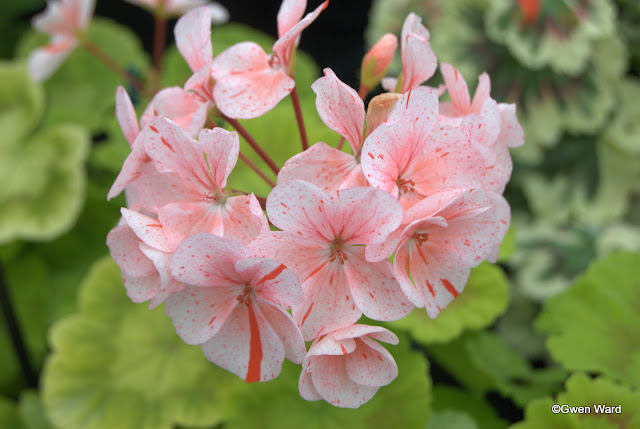 "Gosport" is another beautiful pelargonium raised by the late Brian West from the Isle of Wight, UK.  This is a dwarf gold leaf pelargonium, the leaves having a light bronze zone.  The flowers are single, white and speckled and splashed with red.

A month ago I decided to sow some of my collected pelargonium seeds.   Most of them have germinated, and one even has the true leaves showing.  I started the seeds off on damp paper towels placed inside Petri dishes having first sliced a minute piece from the bottom edge of each seed.   Most were germinated in four days, but as you will see from the photograph, there are three that have yet to start growing.  I will give those a few more days and see what happens.   After I could see the seed had a root I gently placed each one into a small coir plug.  These are kept in my small heated propagator, which I keep in the conservatory.  I will keep you updated on their progress. 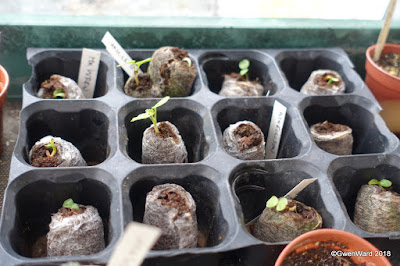 A friend in South Africa kindly sent me some seed of Pelargonium longicaule that grows in her garden.  She had seen my reference on one of the Facebook pages to P. trifidum that I grow in a hanging pot and said that P. longicaule also grows well in a hanging pot.  You can see my 2010 blog about P. trifidum here.

The seeds arrived with me in about June or July last year and I sowed them immediately.  Only one germinated and this was quickly grown on and is now a fairly large and sprawling plant.   I was delighted to spot a flower on my plant this morning.

Diana Miller, in her book Pelargoniums, says that the first reference to this plant is in 1767 when it was described as a form of P.myrrhifolium but there has been much confusion about the nomenclature of this section.  Found growing in mountainous regions of south-western Cape Province, P. longicaule is a low growing and spreading plant with white to pale pink flowers, often tinged yellow in bud.

I am looking forward to growing this in a hanging pot this year.
Posted by Gwen at 15:04 5 comments: 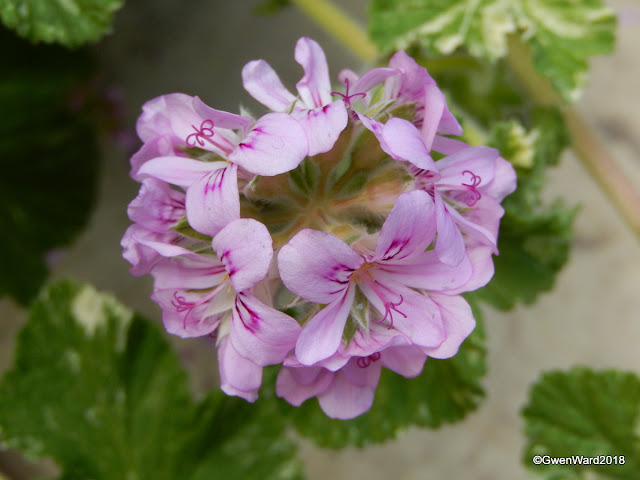 With the entire UK grasped in the grips of both “The Beast from the East (Siberia) and Storm Emma (from Iberia), the scented leaf pelargoniums are a delightful reminder of summer to come.   “Charmay Snowflurry”, despite its name, does remind me of summer - the lavender flowers sit well against the pale green and white blotched leaves, which have a lemon-rose scent.       “Charmay Snowflurry” was raised by Ken Attfield, Australia. 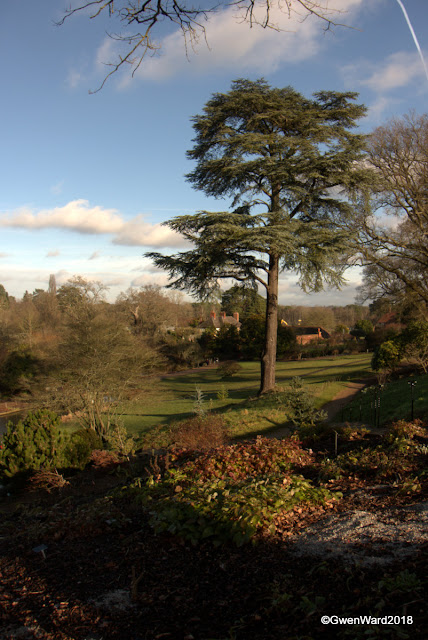 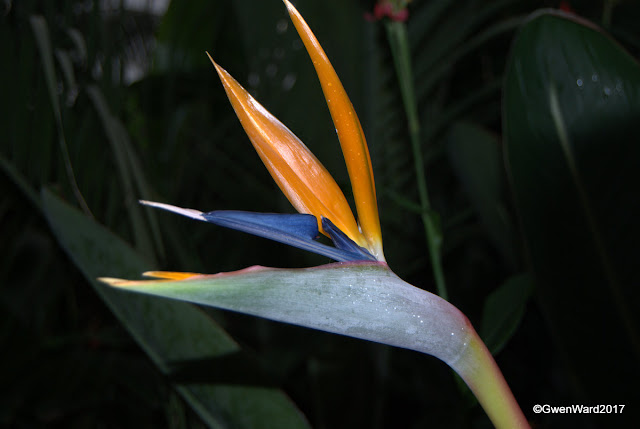 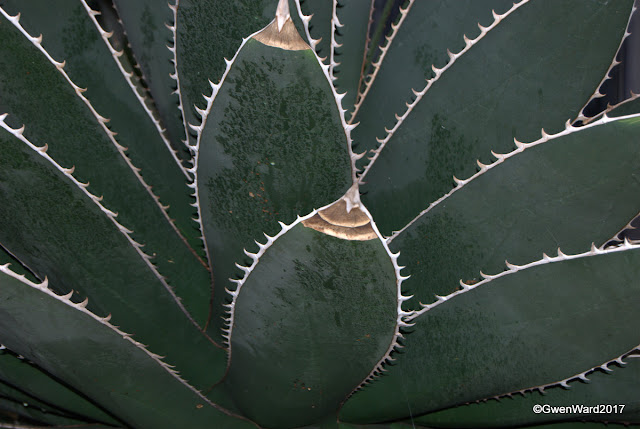 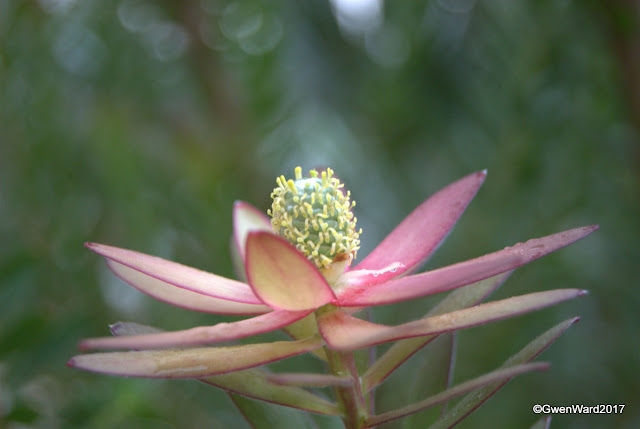 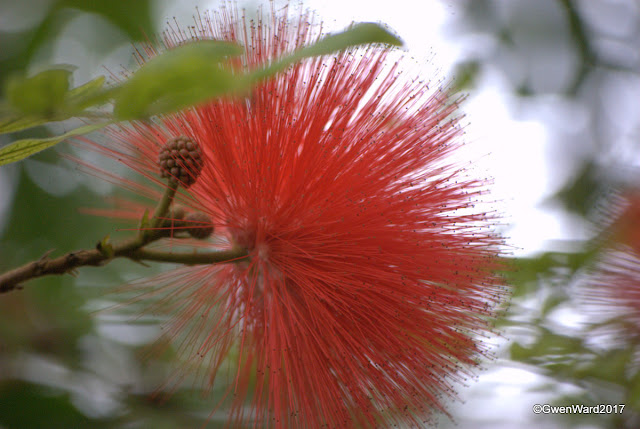 The following two pictures are part of the lights display that RHS Wisley put on before Christmas.  They were just setting it up when I was there. 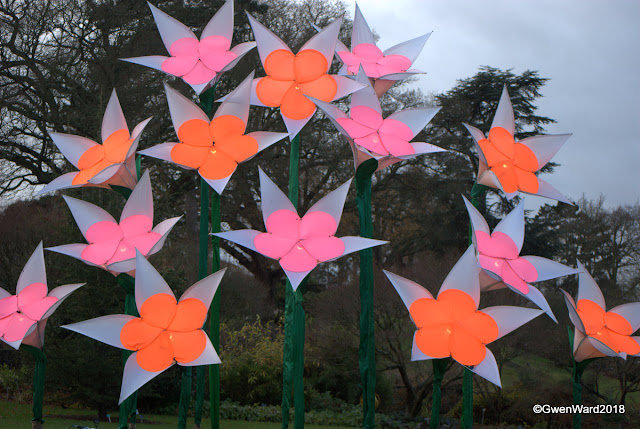 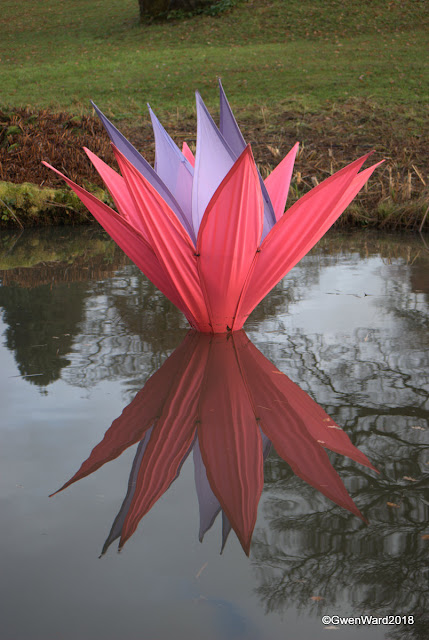 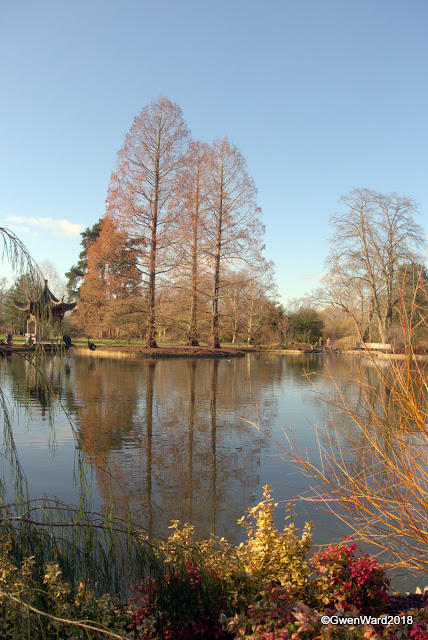 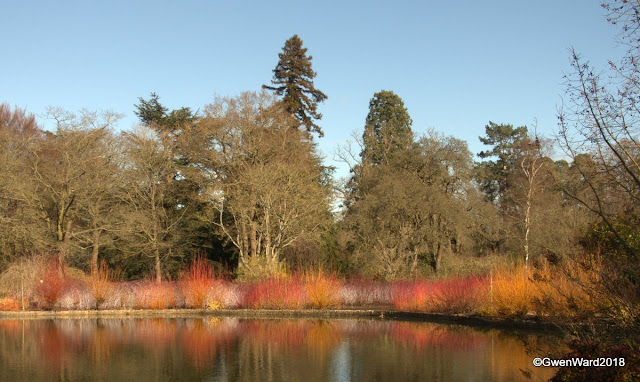 .
More photo's of my visits to RHS Garden, Wisley can be seen on my other blog - Camera Capers