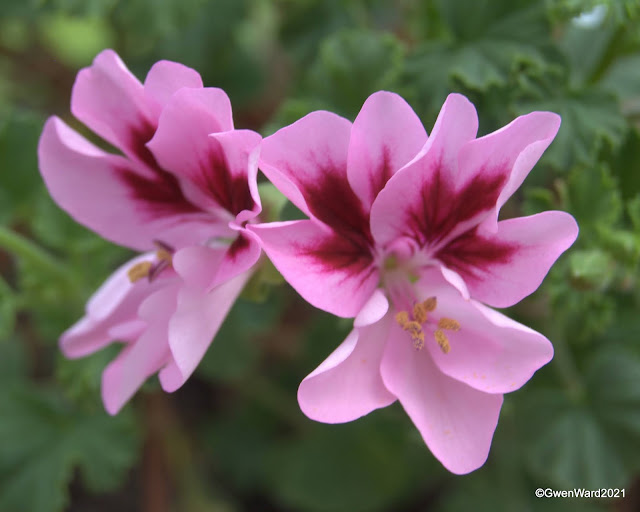 I have had this in my collection for several years now.   As many of you know, I m not a great fan of Angel Pelargoniums (or Regals), but I do like this one, so it has a place in the greenhouse.     The flowers are quite large and I love the frilled look of the petals.   I don't know a much about this Angel, except it was raised by Ken Attfield of Australia.

Many of you will know that the National Collection of Pelargoniums has been held at Fibrex Nurseries, near Stratford upon Avon for 34 years.   Sadly a decision was made to give up the collection, manly due to the health, of the family who own and run the nursery, and the fact that the collection house, along with others on the nursery,  is very old and becoming dangerous.   The collection has been given to the R.H.S. and has been distributed among the five RHS Gardens.   Having handed over the collection at the end of last year, Fibrex kept it going on the nursery for this year for members' of the public to see it in its entirety for one more year.

Fibrex very kindly opened the nursery at the end of August specially for members of The Pelargonium and Geranium Society to see the collection one last time.  We were able to purchase sales plants in the sales house. After we had tea and cake we were able to buy many of the plants that had been in the  Collection House.   This was a great opportunity to purchase plants that had not been offered for sale previously.   We all had a grand day and I am sure I was not the only member to go home with far too many plants.   As well as being able to purchase plants, it was lovely to meet and chat  with so many of our members. 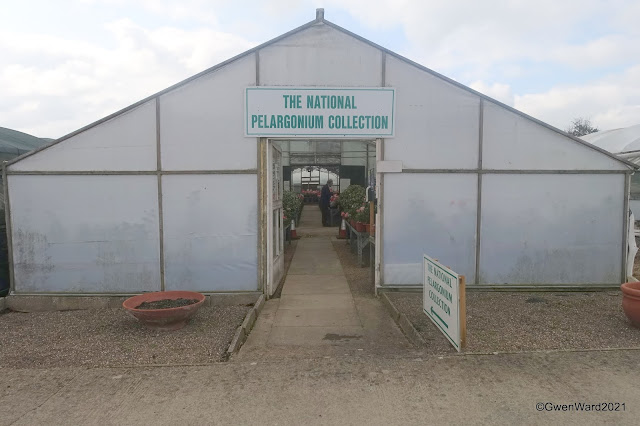 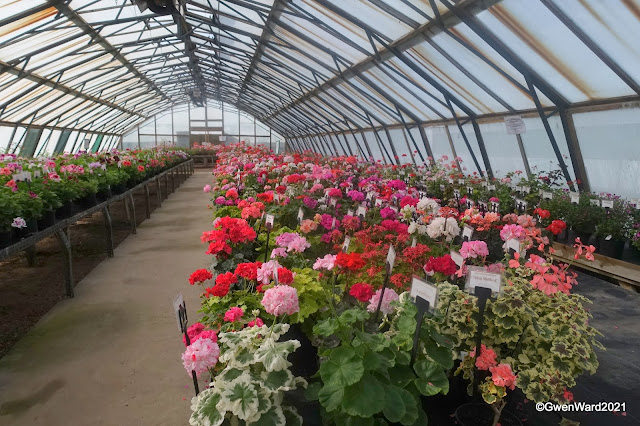 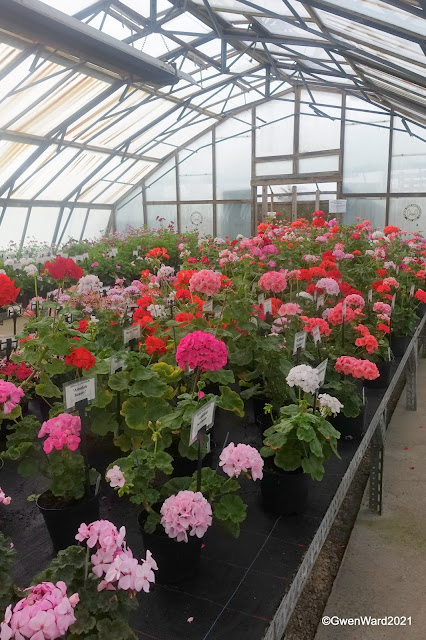 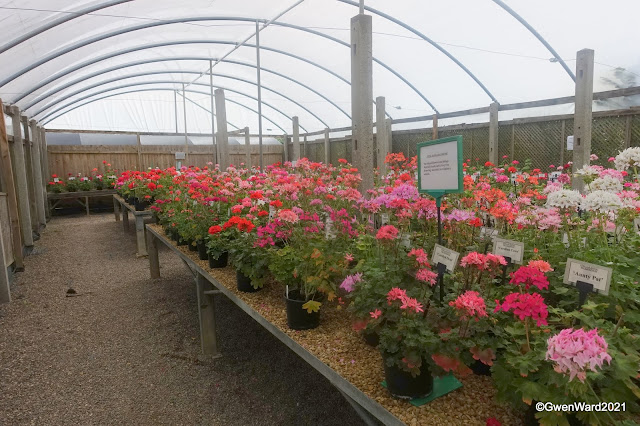 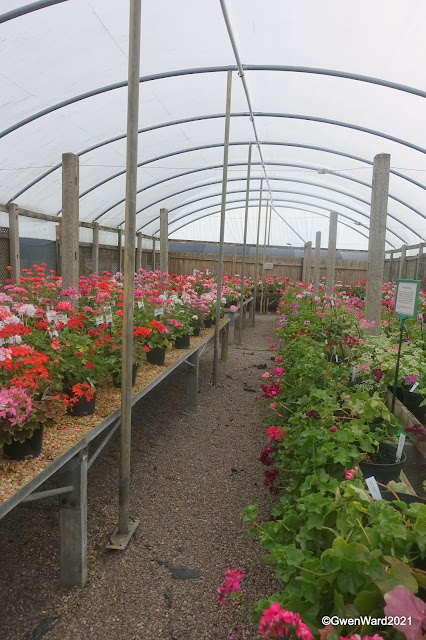 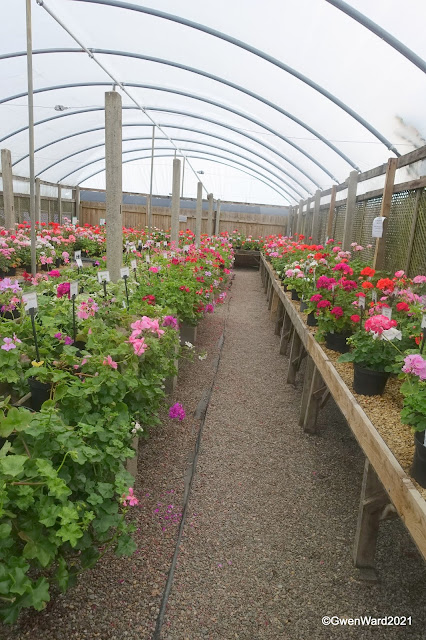 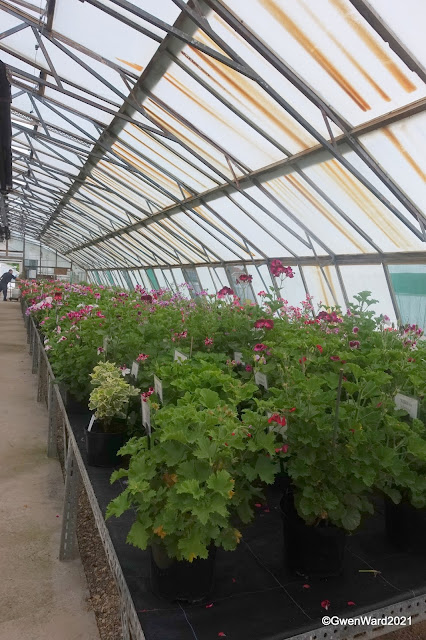 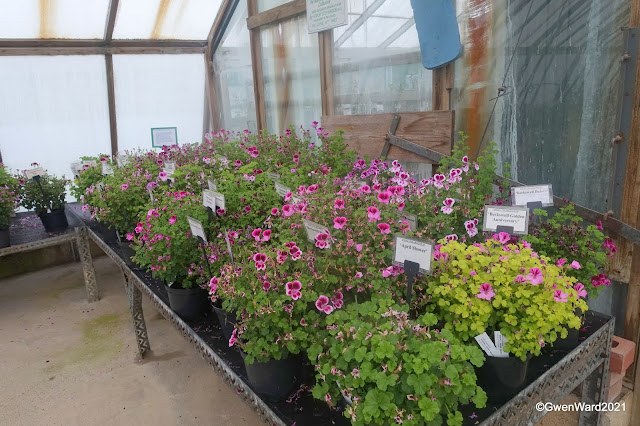 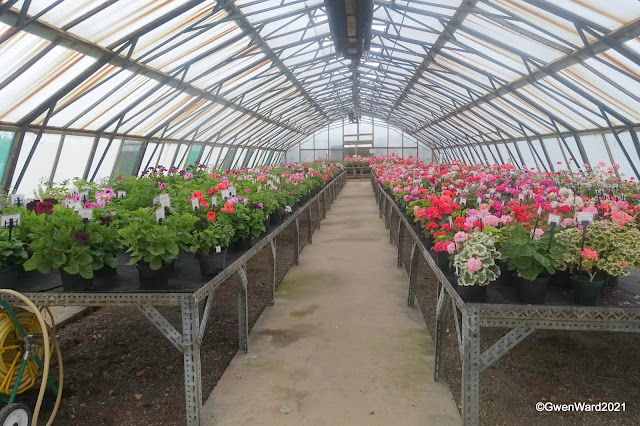 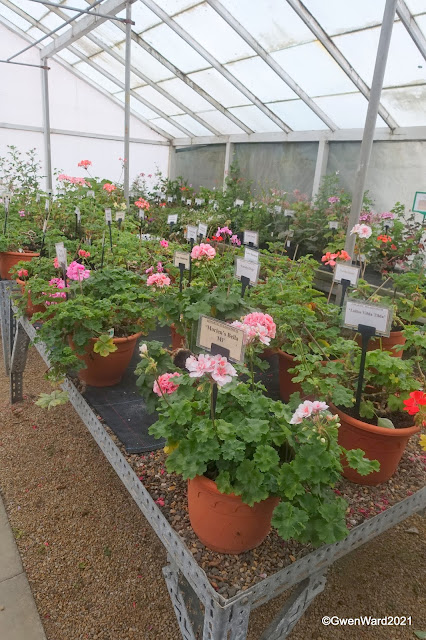 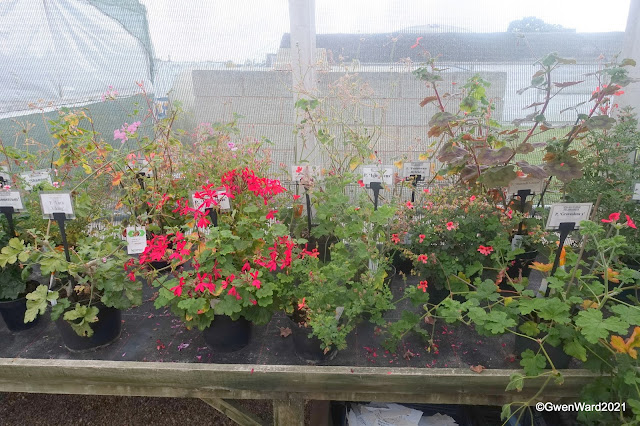 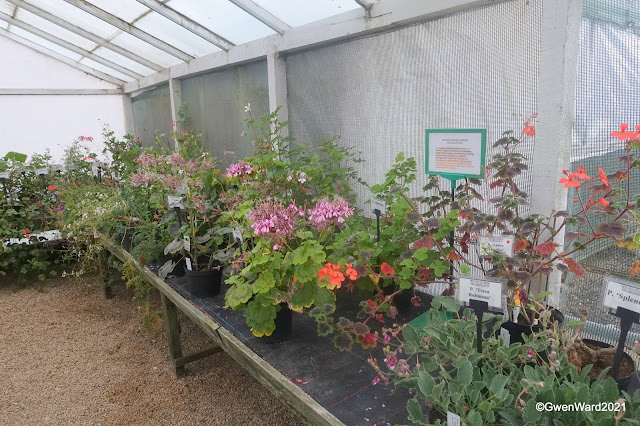