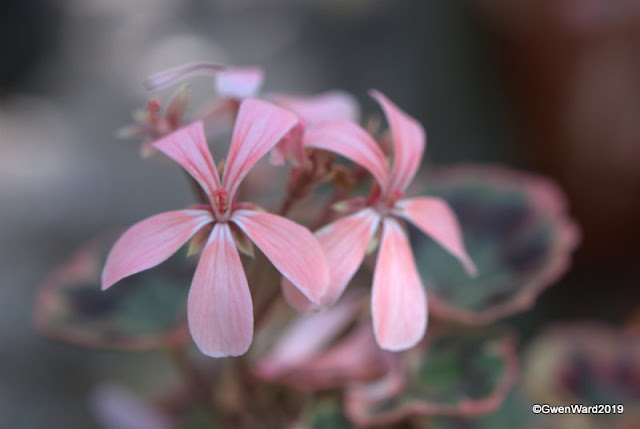 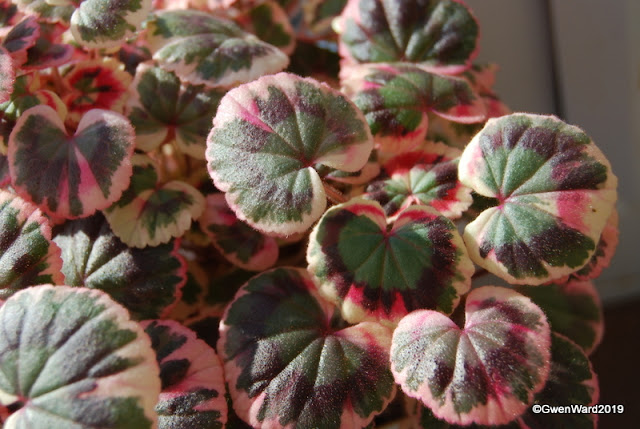 This tri-colour miniature zonal pelargonium was raised by Stan Rawlings and introduced several years ago.  The salmon coloured single flowers are almost primitive in appearance, but the foliage more than makes up for the flowers.   It is a popular plant on the show benches where flowers do not count for many points in the coloured leaf section.   One of the odd things about Excalibur is the lack of flowers.  From my own experience with this, it will flower in its first year, then it seems to stop flowering.

When I went to Sweden earlier this year to the Pelargonium Nursery there was a bench there with lots of Exaliburs for sale.  Needless to say, two found their way into my basket! 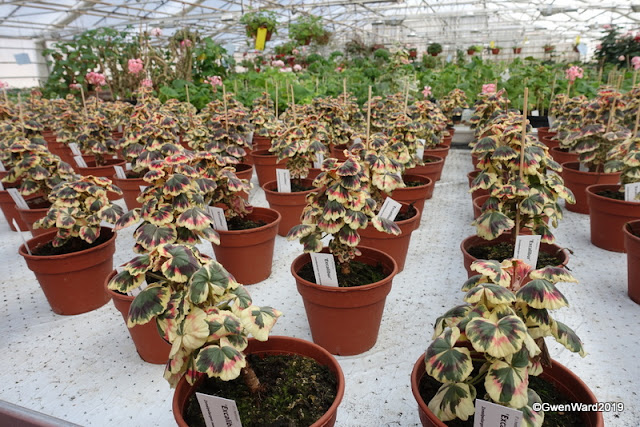 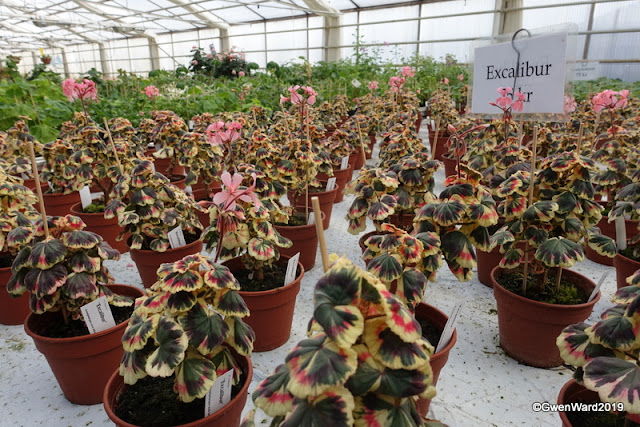 Update on my seedlings - They are doing well so far.  I do need to thin some of the species out - I have far too many of them and I think they will all be the same as they all look very similar.  I will just keep the strongest looking ones, although they all look pretty healthy.

These look like 'keepers' - but of course, the proof will be in the flowering. 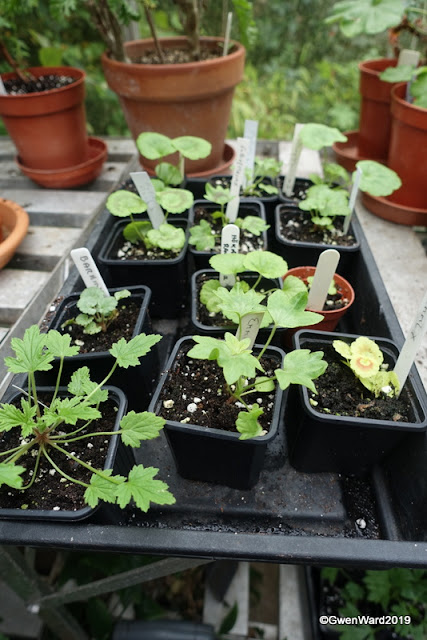 A lot of these are succulent species types and will be thinned out. 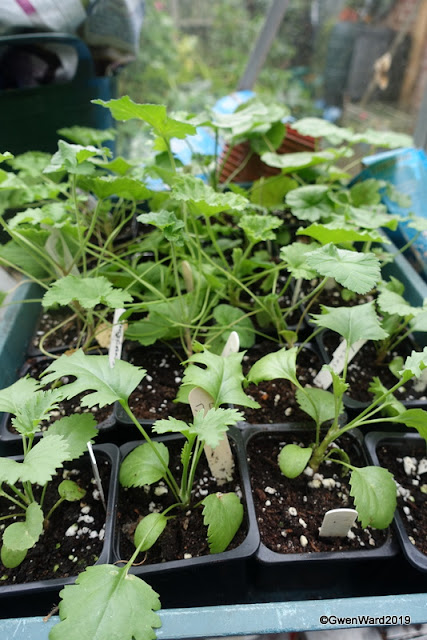 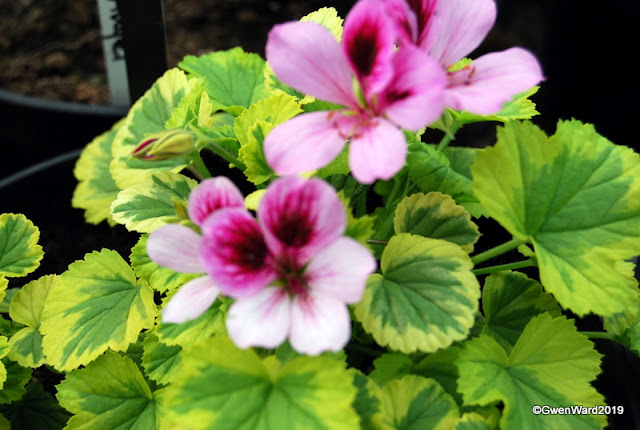 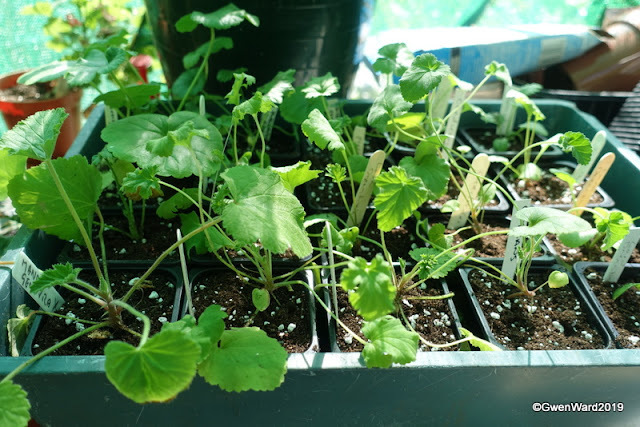 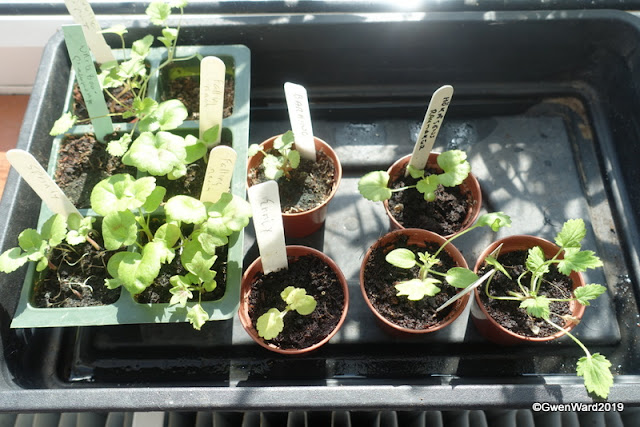 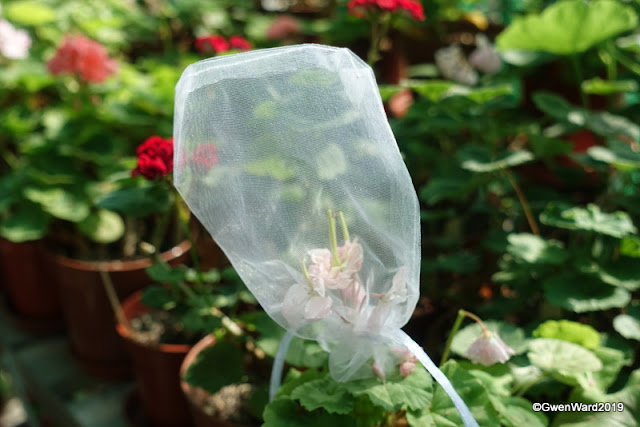 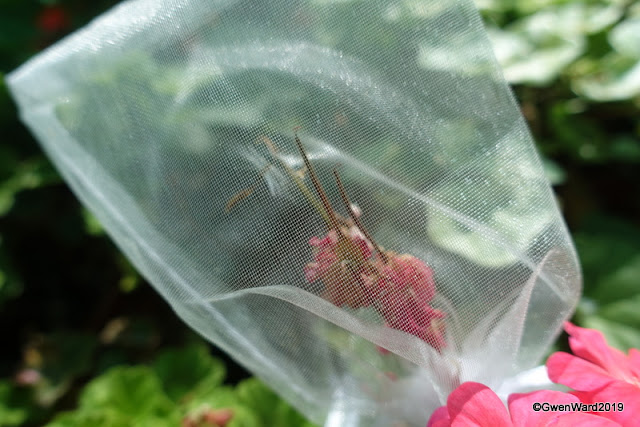 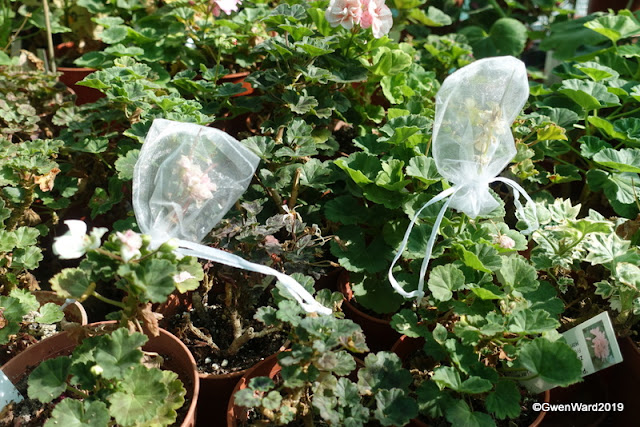