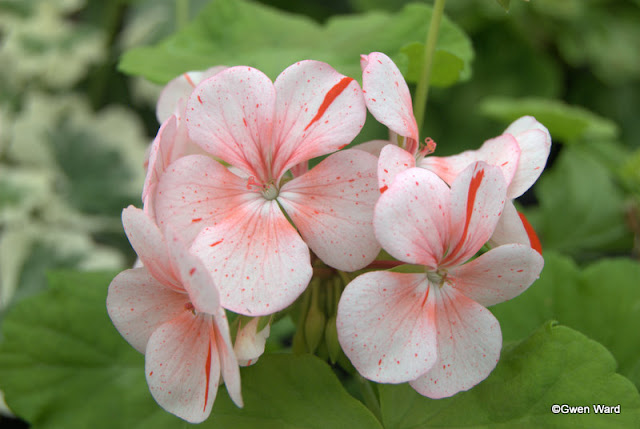 This striking dwarf zonal was hybridised by Ray Bidwell and introduced in 1981.  The flowers are single, white with red splashes and stripes and look stunning set against gold and zoned foliage. 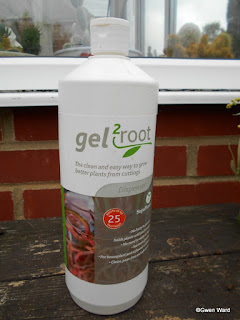 I have had this bottle of rooting gel for a couple of years now but never used it.   I usually use either the Fertiss plugs – now almost used up and not able to purchase more – coir plugs, or seed and cutting compost.    Just before my sister arrived from Australia in mid September I needed to take some cuttings but worried about striking them in the usual way.  We were also going to be away for several days and my husband would not have a clue as to how to deal with them.    So ….I opened the bottle of rooting gel.   I had some empty bio drink bottles and poured in a small measure of the gel into two. I prepared four zonal pelargoniums in the usual way, just a little longer,  and just inserted them into the gel, two in each bottle.  I left the two bottles in a shaded corner of the conservatory.    Earlier this week I gently pulled the cuttings from the gel and was delighted to find they had roots.  The instructions say they can be left in the gel until ready to pot them, but as soon as the roots are a bit longer I will pot them up in the usual way.    I removed the stipules from the end of the cuttings, but left the ones at the top as I usually do if they are still green.  I noticed they had turned brown which they don’t when rooted as normal.   So, when I took a few more cuttings this week I removed all the stipules.   I will use this gel again - it is useful in situations when going to be absent from home and needing to take just a few cuttings, but it would be expensive if used solely as a means of rooting pelargoniums, or any other plant for that matter.   The bottle of rooting gel was purchased at RHS Wisley Gardens Plant Centre, so when I am next there will see if I can get another bottle. 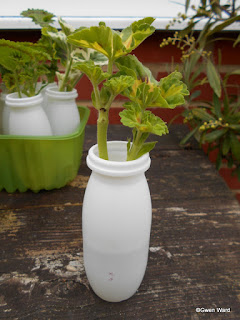 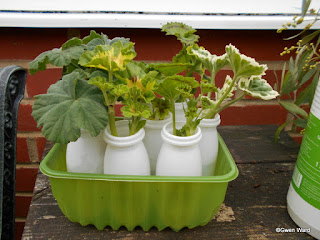 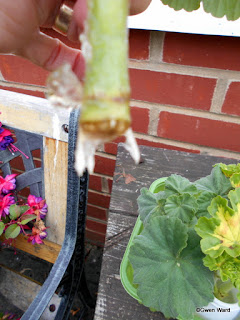 Roots a week later - these cuttings are now potted up. 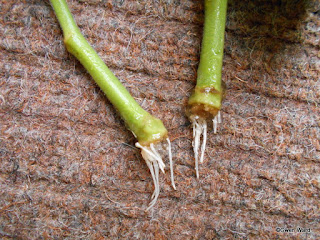 I've also bubble-wrapped the greenhouses in readiness for the cold winter weather. 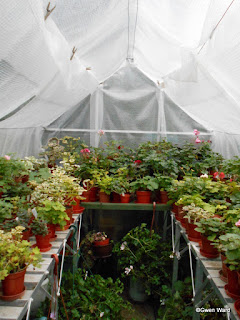 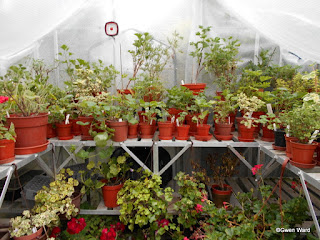