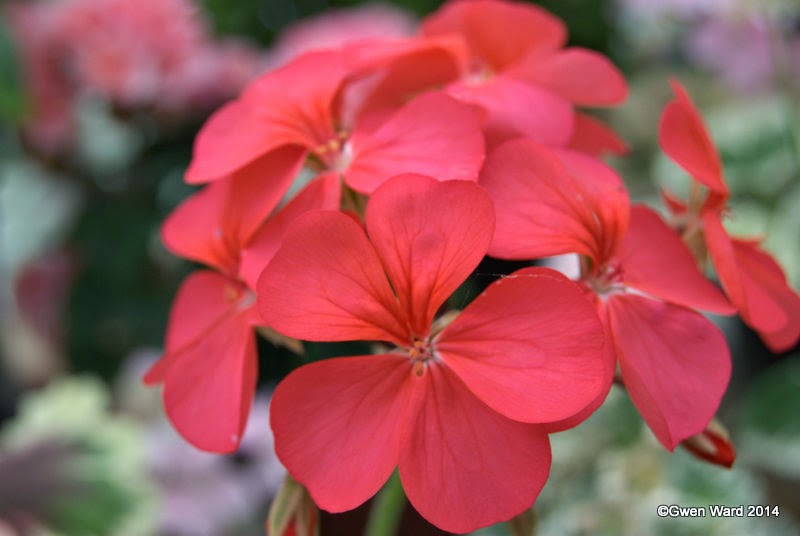 "Silver Blazon" is a dwarf silver tri-coloured pelargonium with single cherry red flowers.  The leaf has a solid dark medallion centre.  This is another of the late Brian West's raisings, and he introduced several with the pre-fix "Silver".  "Silver Blazon" is from "Priory Shield" and"Ian Gillam", and introduced through Fibrex Nurseries. 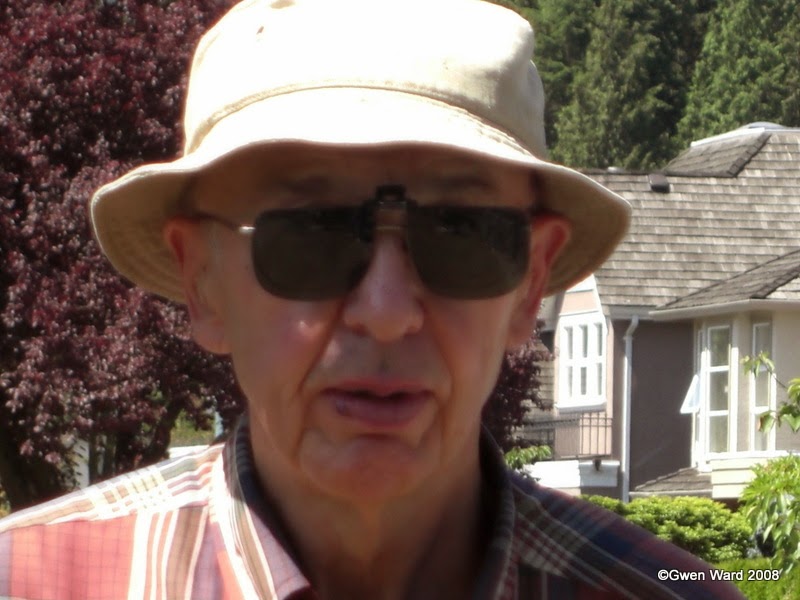 Pelargonium enthusiasts will be saddened to learn of the death last week of  Ian Gillam in Vancouver.  Ian, who had emigrated to Canada from the UK, introduced the very well known Vancouver Centenniel, and Lotusland, both always available in Garden Centres every year, as well as Elsie Gillam,  (named for his mother) Shirley Gillam (named for his wife), Shirley's Sister,  Jericho, Spanish Banks, Kitsilano, and many others.  I was fortunate to meet with Ian and his wife when on a visit to Vancouver a few years ago and they made my friend Sandy and me very welcome.  Ian showed us several Uniques he was working with at that time. He also showed us where he kept his plants during the cold winter months they have in Vancouver.  Ian is famous for keeping his new raisings on the kitchen windowsill, but he also kept many of them in his basement surrounded by a silver foil  'fence' with a dayglo light above. Although not many of his plants were available over here in recent years, he will be missed.