On my visit to Australia last year to visit my family, one of the last highlights was helping at the South Australian Geranium & Pelargonium Society Annual Show.   The show is held over a weekend, so Friday afternoon the halls are set up ready for members of the public on Saturday and Sunday.

The Society, like many others, is losing members, so this year they show took a different form.  Members of the Society were asked to bring along a plant, or plants, in pots or hanging baskets, to display around the hall and in the middle.  Single blooms were also displayed.    Marj. Edwards, a well known Australian hybridiser, was asked to judge the entries and I was honoured in that she asked me to help her.  She had made her selection, so I went around with her and made my own selection. Amazingly we chose the same two plants and it was just a question then of choosing the best one.  Regal Pelargonium ‘Rembrandt’ won, and sadly I did not take a photo of it, or the grower. 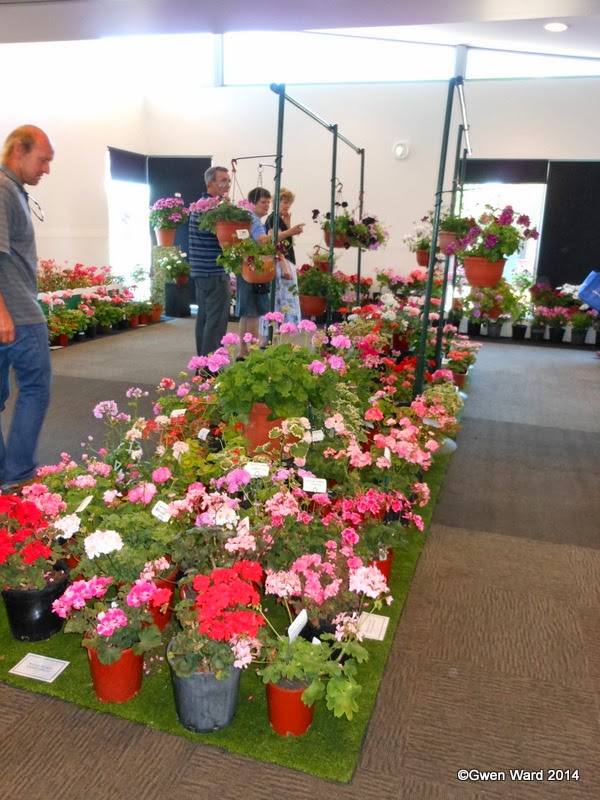 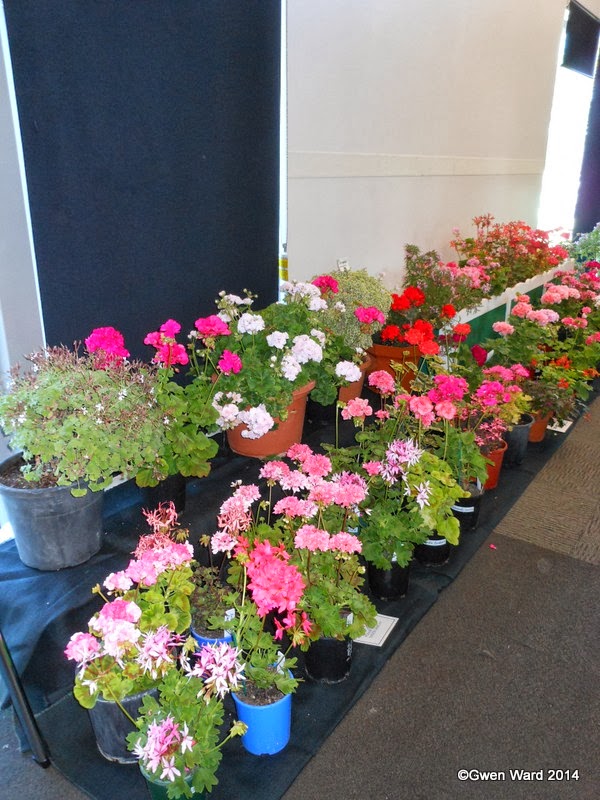 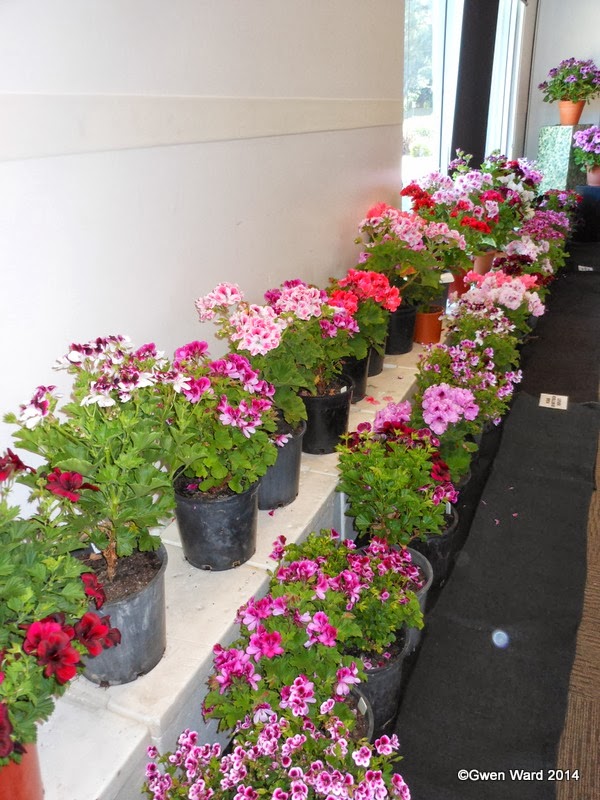 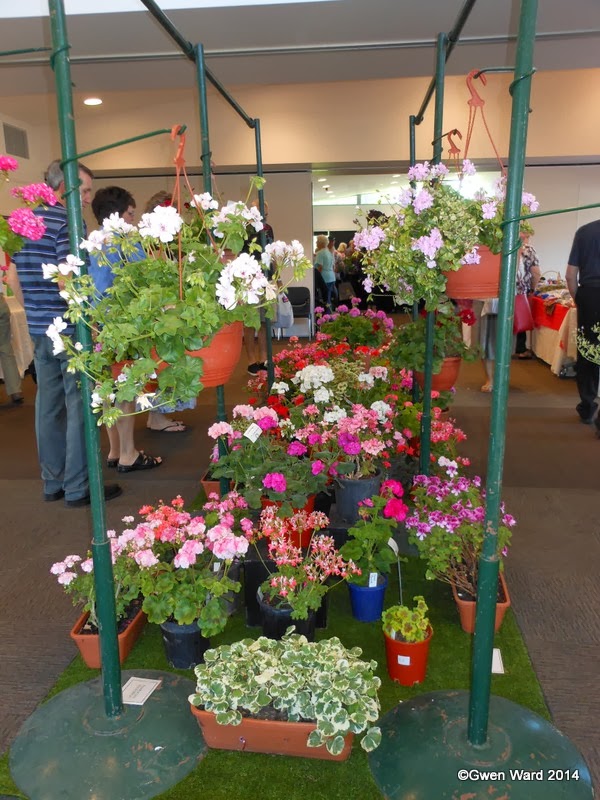 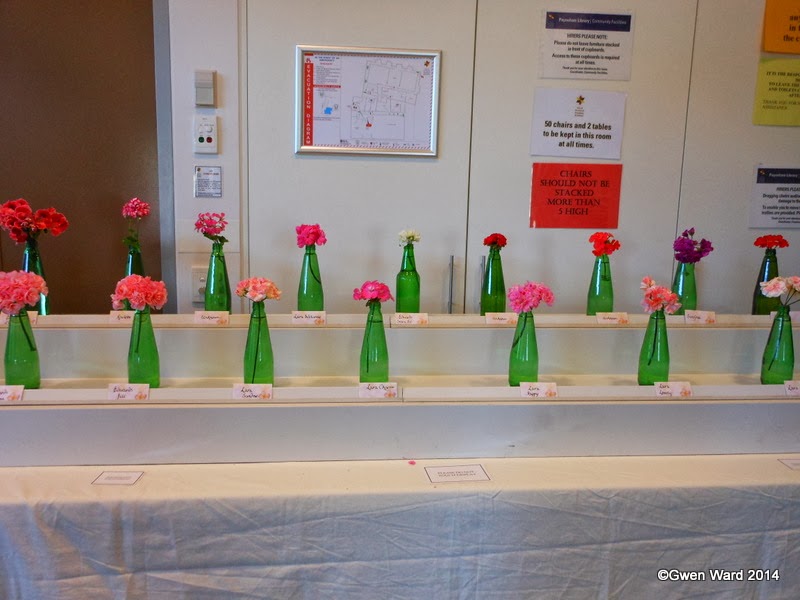