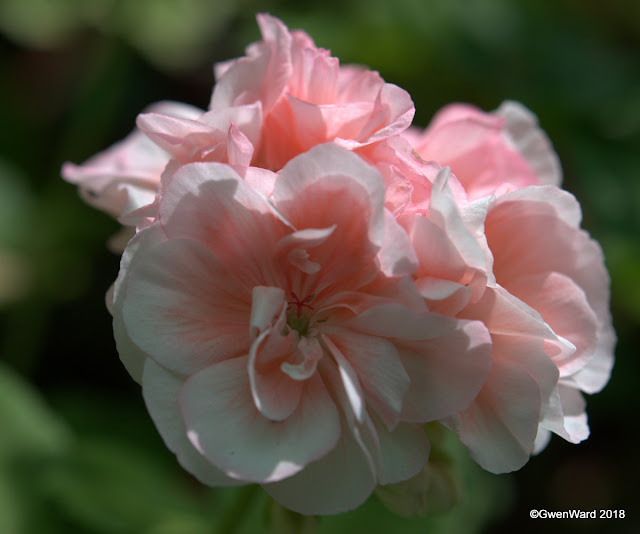 I got this miniature zonal pelargonium "Jinky" in Sweden when I visited the Sune Trygg nursery.   I had not seen this before and it was not in flower so I was delighted when it finally opened its flowers.  Semi-double flowers of palest peach pink fading to almost white edges.  The leaves are green with no zone.   Looking this up on the  The Pelargnium Register I see it was raised by the late Brian West, Isle of Wight, UK.  He used the Dwarf Pelargonium Morval and one I don't know, Holly West, and released it through Denmead Nursery, which no longer exists.

At the end of last summer I visited Fibrex Nurseries and asked if they had the small flowered form of the species P. Australe.  They didn't, but they did have seed of P. litorale - it's proper name.  I sowed these several weeks ago and look, they have germinated.   This picture was taken a few days ago, and I have since potted them singly and they are much bigger now.    I'll keep you updated on their progress. 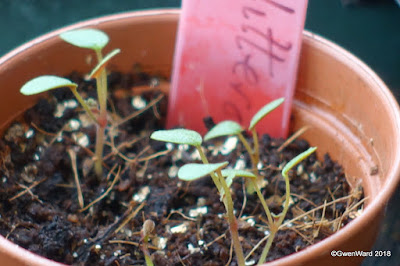