"Ben Nevis"" is a double white flowered dwarf zonal pelargonium and is unusual in that it has a slight green tinge when the buds are opening.  Once fully opened, there is no hint of green, but a very slight pink colour in the white.  The foliage is mid green with no zoning.   "Ben Nevis", named after the highest mountain in the U.K, was introduced in 1982 by Payne. 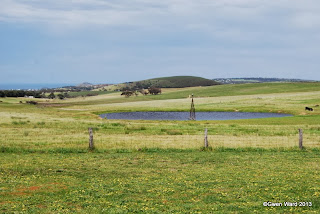 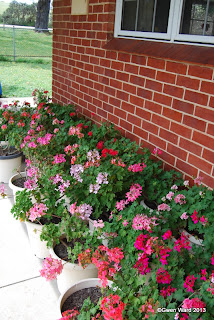 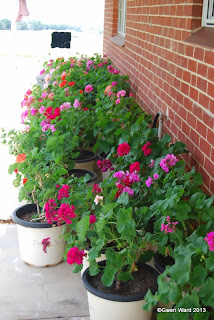 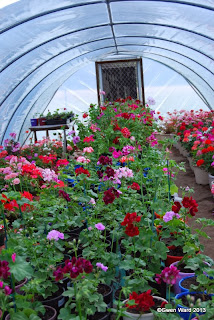 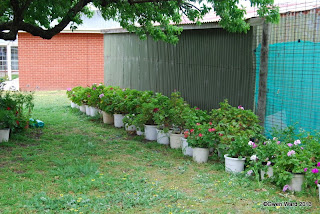 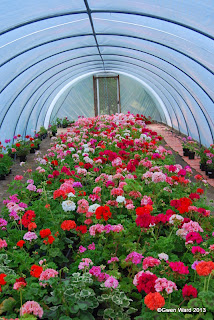 My second pelargonium trip when I was in South Australia was to the home and small nursery of Ann  and Frank Frahn.  They sell their plants in and around Adelaide at various local markets.   Their home with small nursery consisting of two poly tunnels (Australians call them igloos) is situated in the Inman Valley and has the most wonderful views towards the coast.